Yesterday I did a cross European international multi site super trip ;-) it was actually pretty fun - I went to Luxembourg early in the morning where I met Stefan Roelants , Raul Garcia and many old friends from the crew there for the lux premiere , then as soon as the movie started I jumped back on a train to Paris where I was met at the station by Laure from haut et court - very James Bond style we ran straight into a metro and jumped out at Les Halles to rush to Le Forum Du Images , where the making of presentation had already begun thanks to the kind help of Marion Roussel and Ornelie Prioule and of course Jeremie and Clement of Superprod , as it worked out the lights were down when I arrived and the trailer was playing, I snuck up to the table where the guys were presenting and Tadah! I was there for the second part of the presentation. It was a lot of fun and I met some lovely people afterwards as well. The evening was rounded off by a very nice quiet meal with some animation friends at Michel Ocelots lovely studio and appartment . this morning I did my last interview for French TV Tf1 here in the Irish Cultural centre. As I walk around Paris it seems "le chant de la mer" is everywhere , on posters and so on even in the metro , the books and soundtrack CDs are in shops , there's his been plenty of really lovely reviews and press - of course Nolwenn has been on TV and a great ambassador for the film - I feel all the ground work has been really well done for opening day on Wednesday. Now we can only hope that the audience shows up and enjoys the film we all worked so hard on the past few years .
Meanwhile we had a lovely series of reports from writer Will Collins who represented the film at the Doha film festival in Qatar and from ace animators alessandra Sorrentino and Alfredo Cassano who represented the film in Italy ! It's been great to have the team willing to promote and present the film these past few weeks . 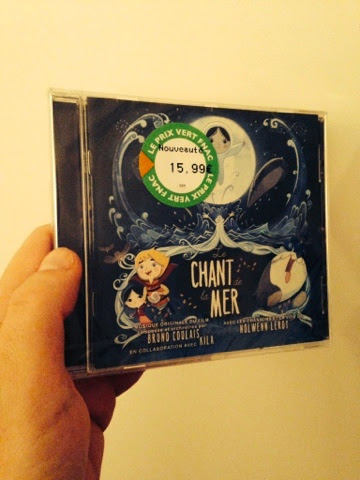 Cd in shops in Paris now! 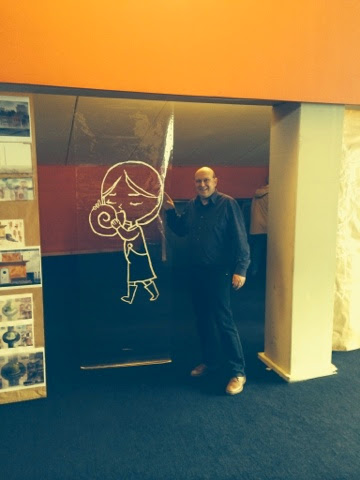 Luxembourg Background supervisor Pascal made a lovely exhibition for the Lux premiere. I would have loved to have stayed to catch the crews responses afterwards - I hope they enjoyed it. 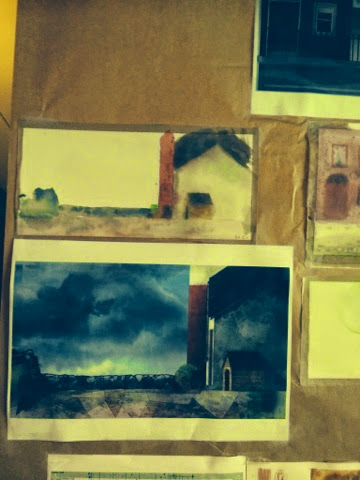 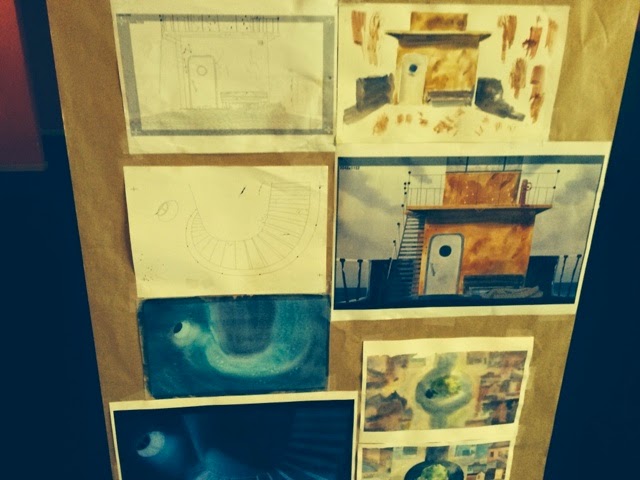 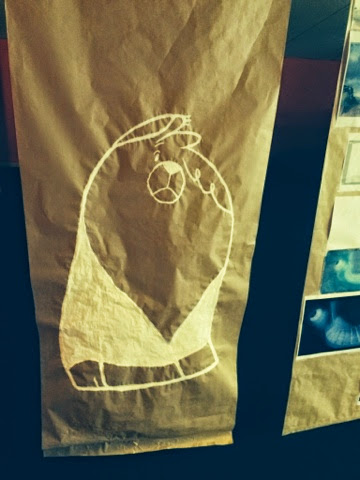 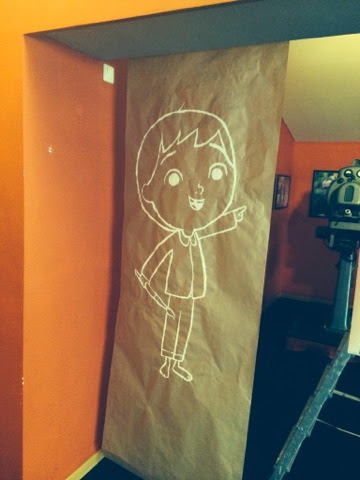 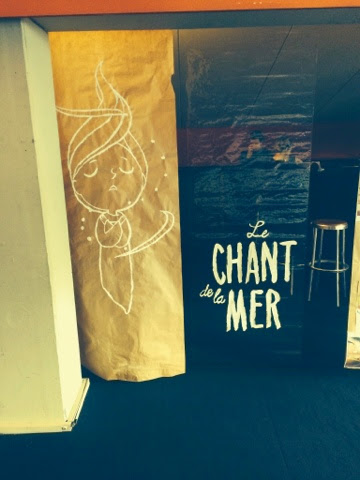 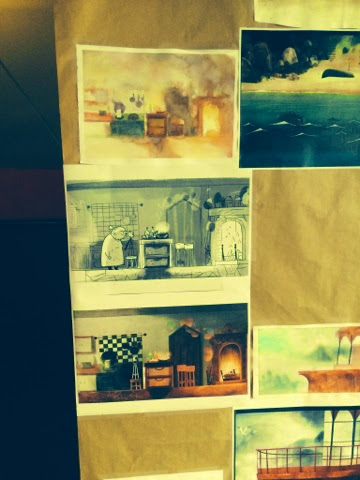 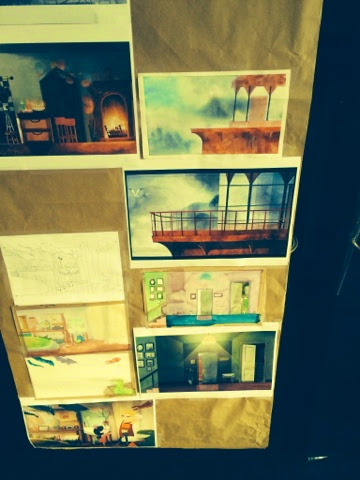 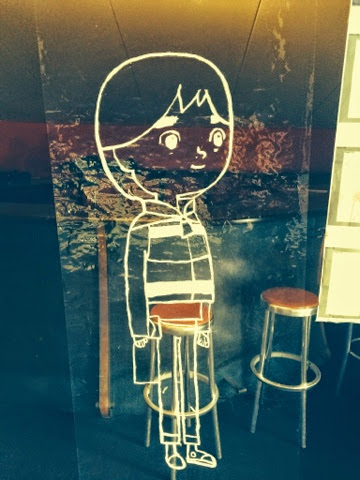 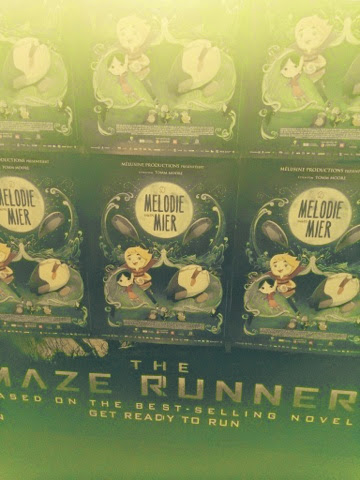 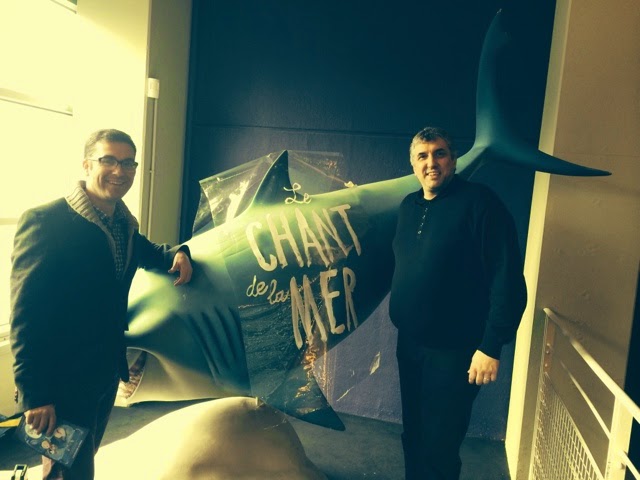 Stefan and I hijack some obscure American studios marketing material to advertise Song of the Sea. It's from a little movie about a lost fish and vegetarian sharks or something- you probably never heard of it. 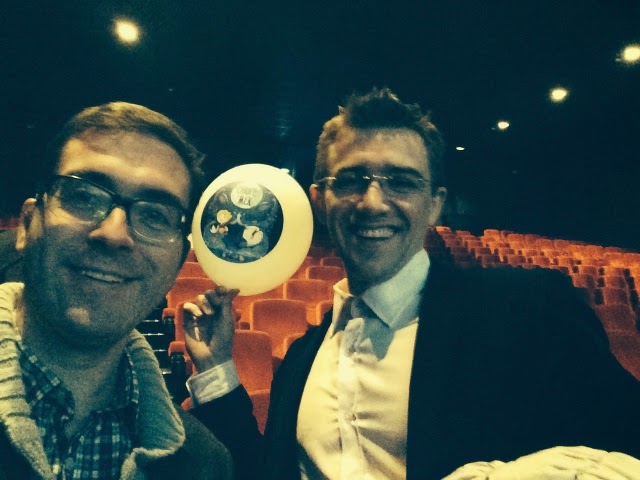 Me and victor ens  one of the great animators in Luxembourg who worked on the 2d animation there. 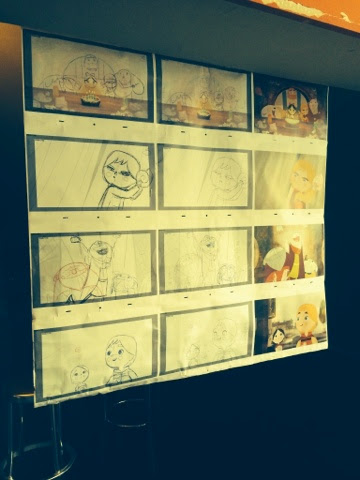 Some of the Luxembourg teams scenes from Rough to clean to final colour. 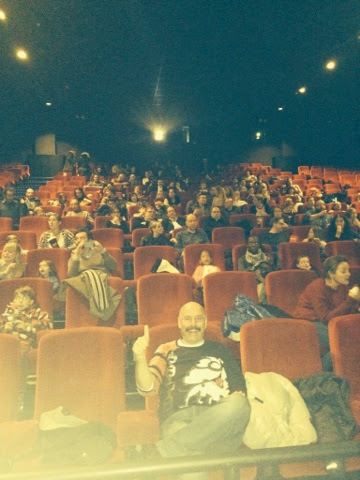 The impressively moustachioed Raul Garcia was in town as he and Stefan just finished their feature based on Edgar Allen Poe after 8 years ! 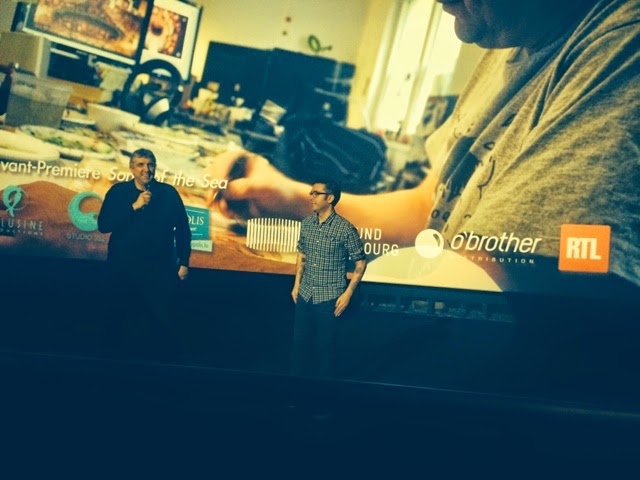 studio 352 had a great trailer playing before the movie showing their work process on the film and some photos from our research trips in Sligo . 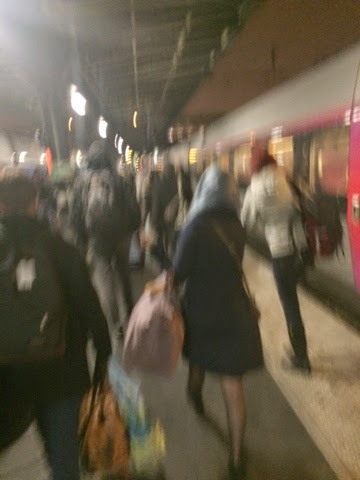 Then every thing looked like this for a bit while I rushed back to Paris to join the presentation at Forum du Images. 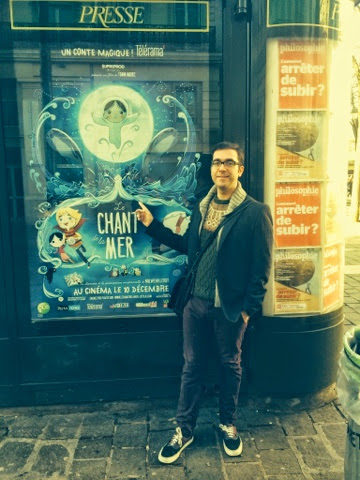 Hooray! Always so surreal to see our work suddenly public and part of the visual environment ... 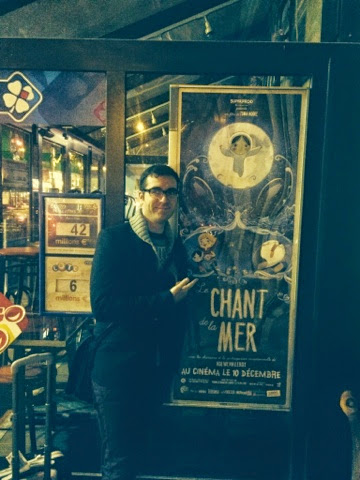 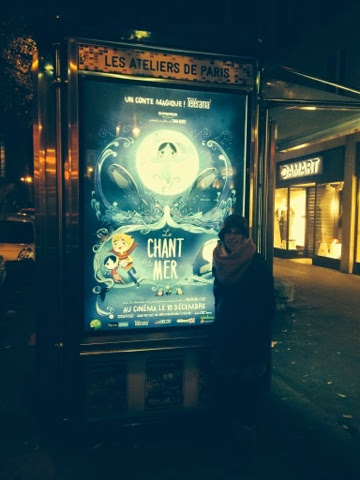 Lovely Liselott
-the posters by night are all lit up ;-) 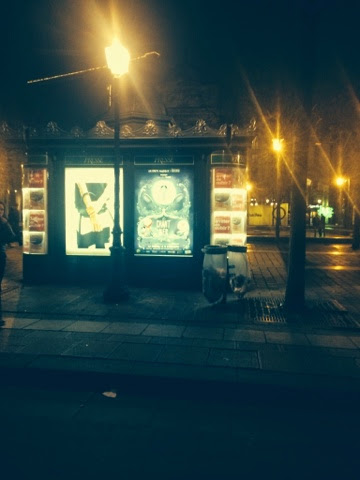 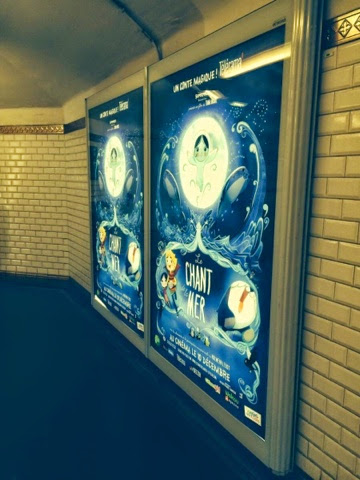