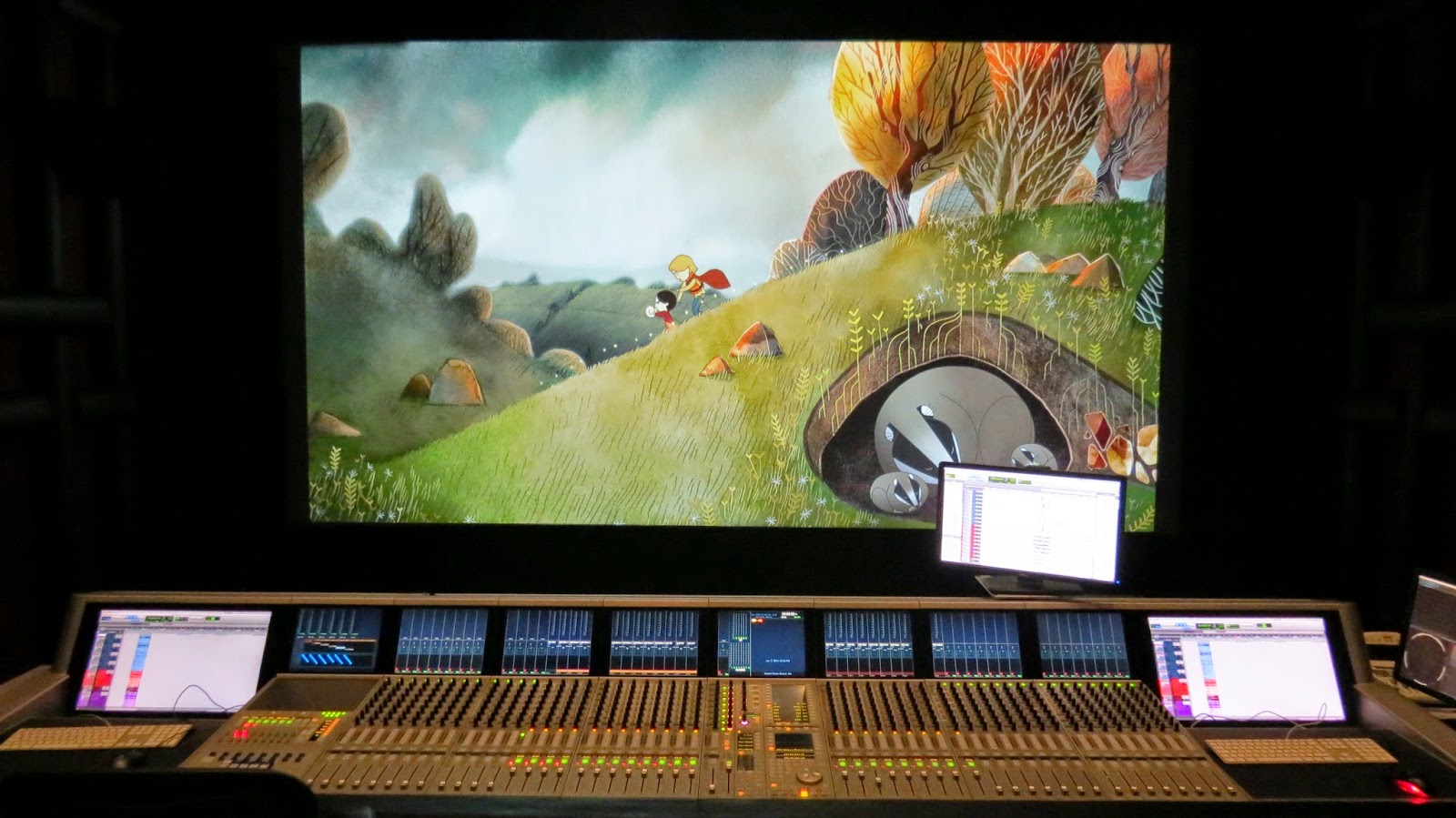 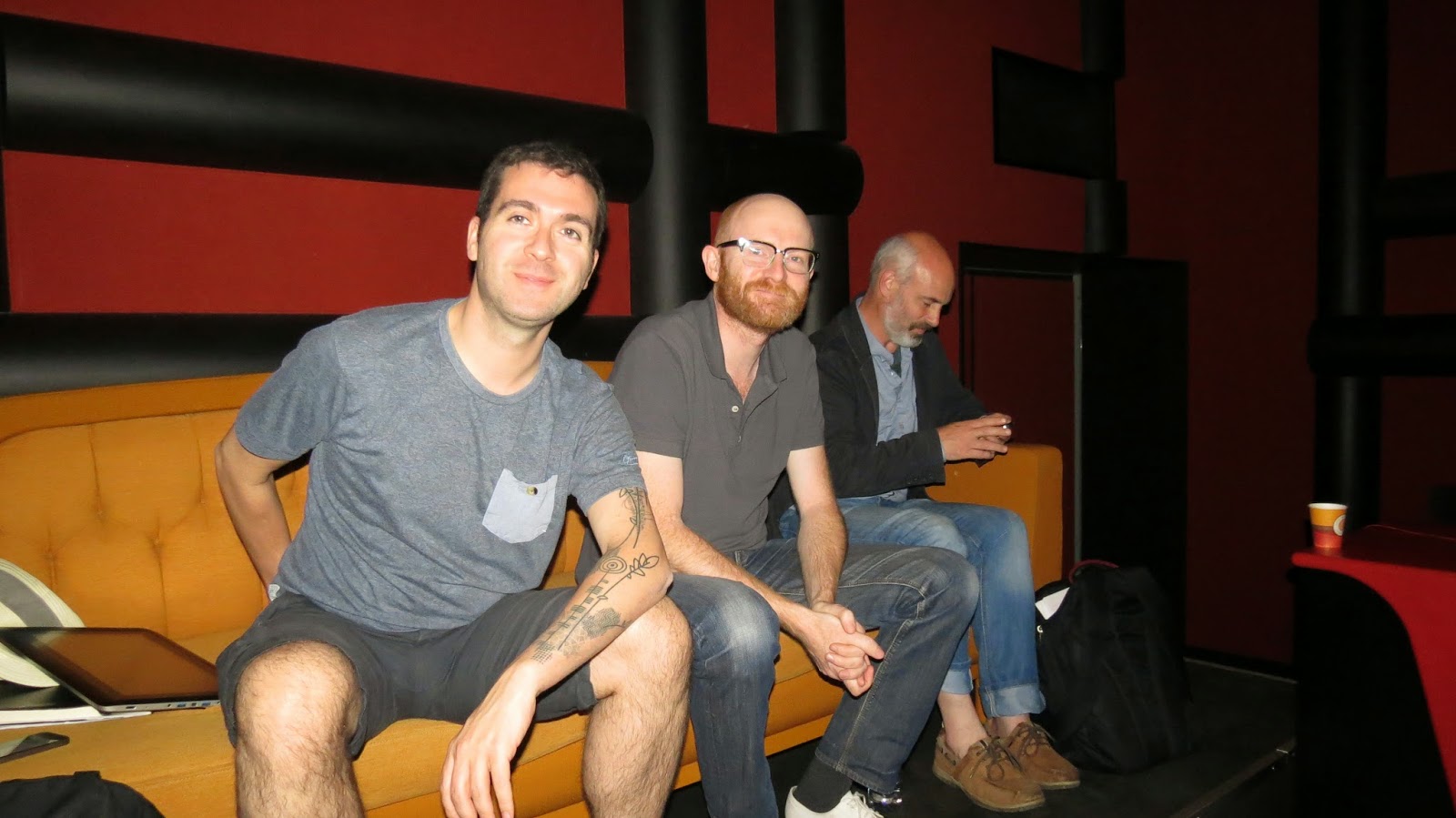 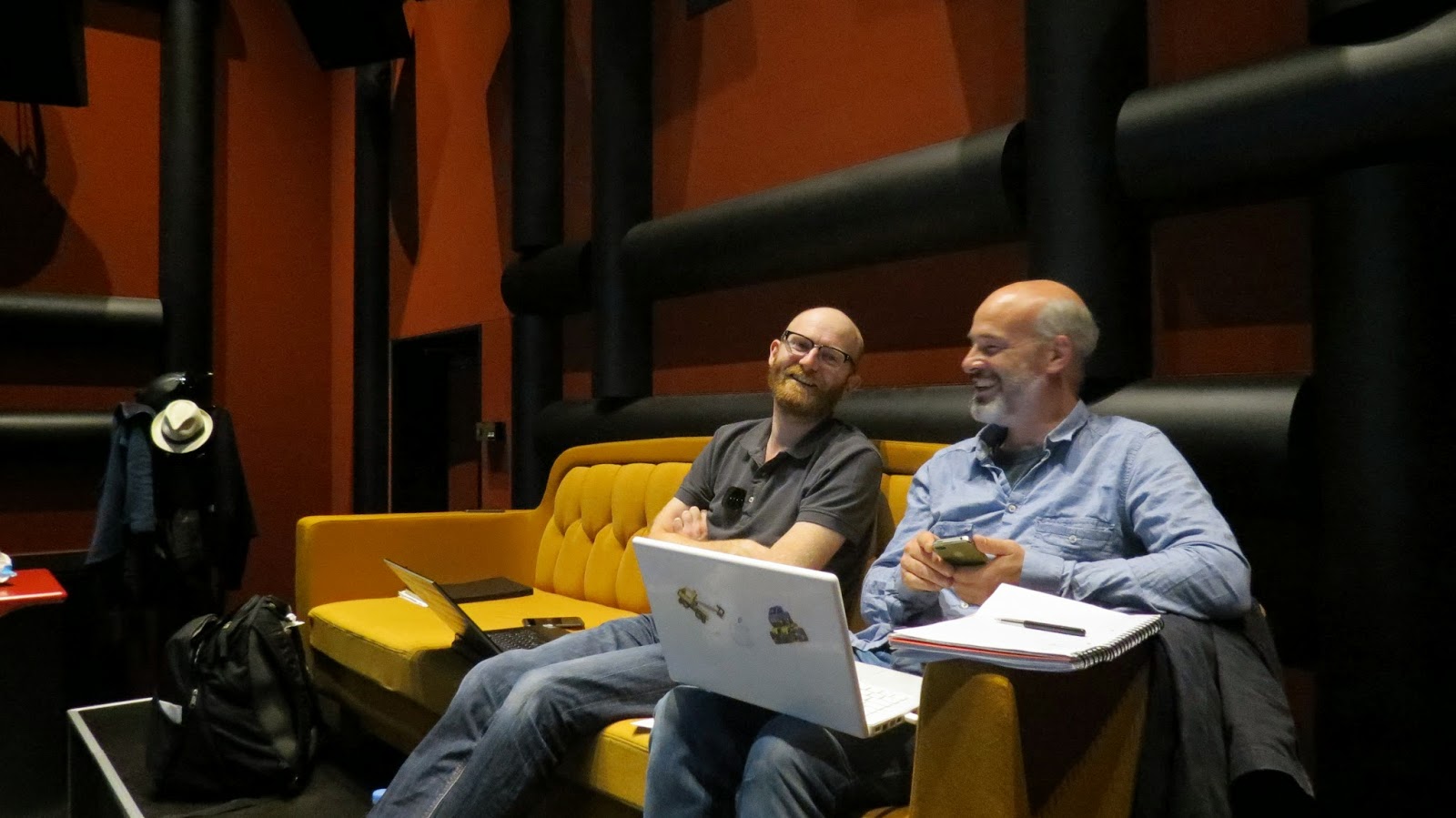 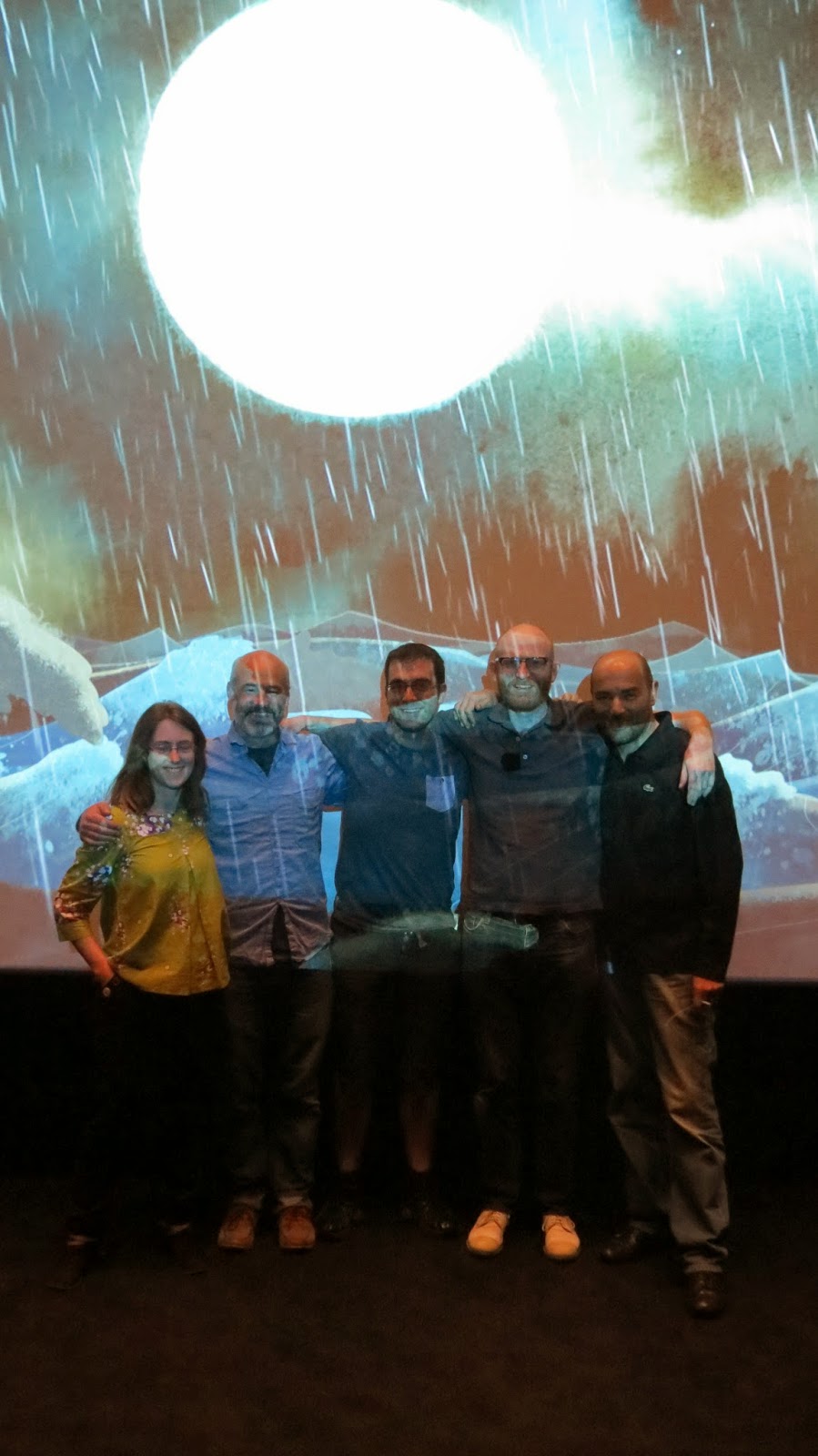 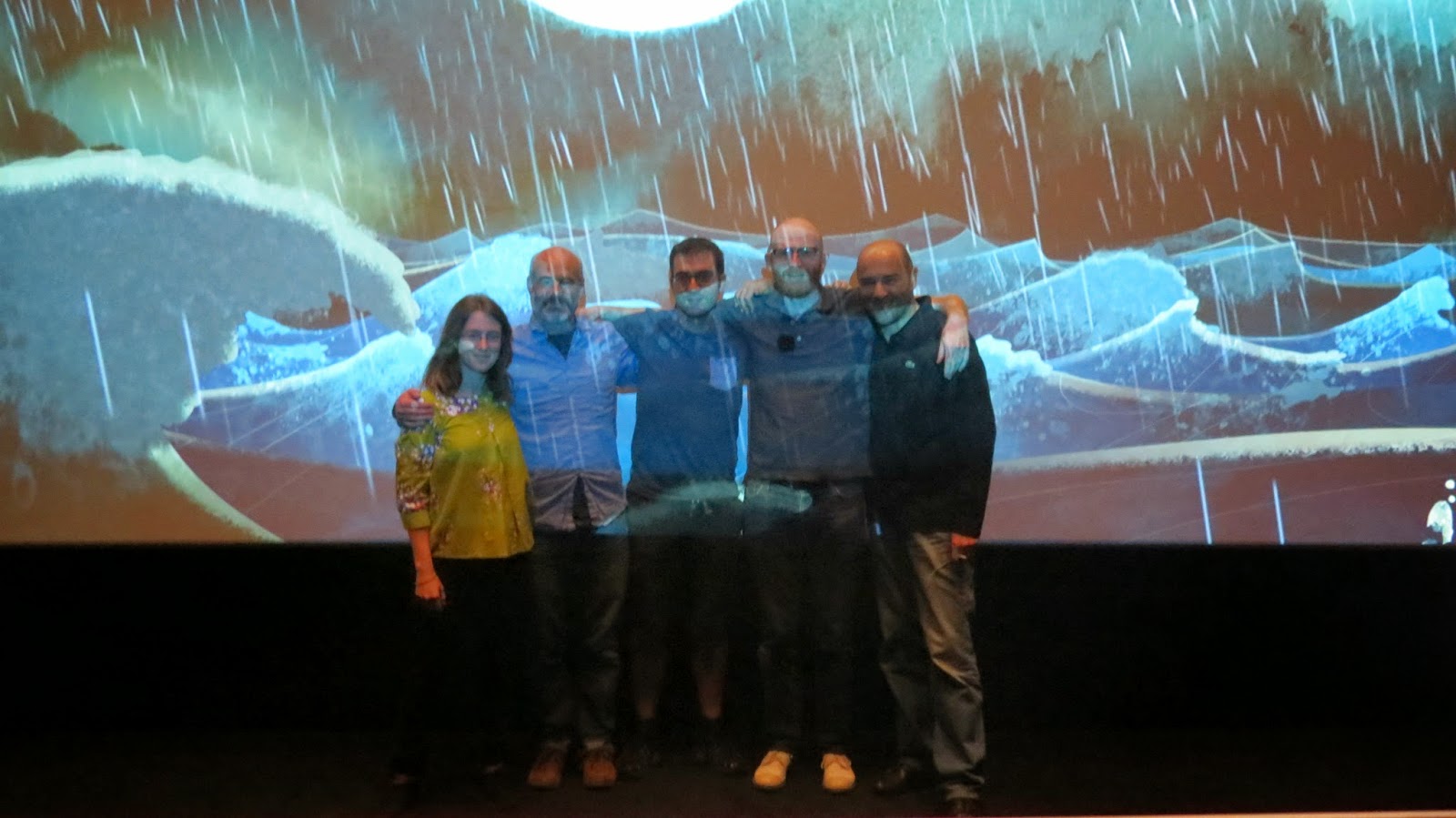 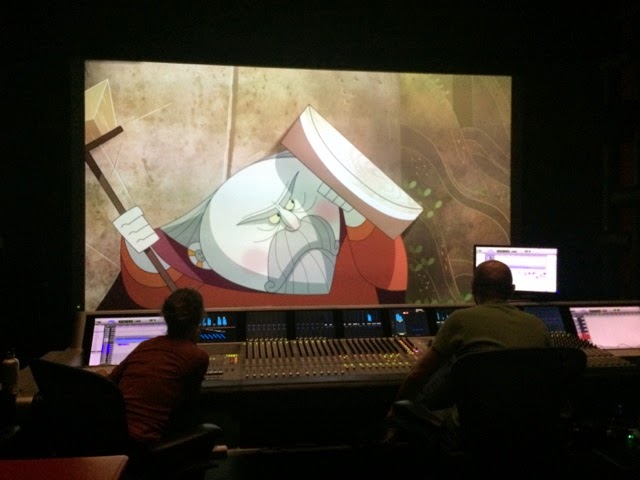 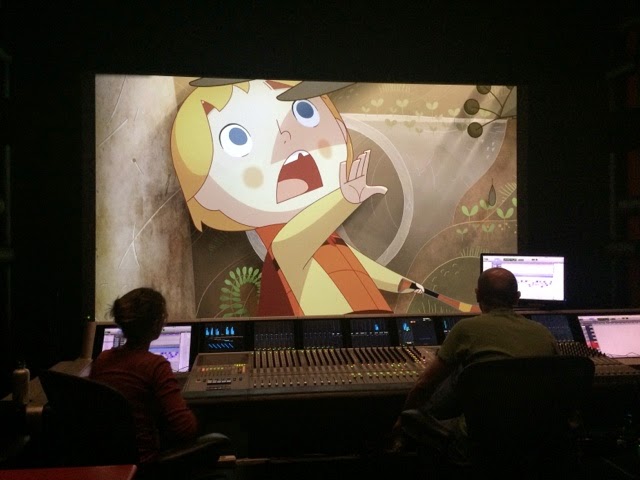 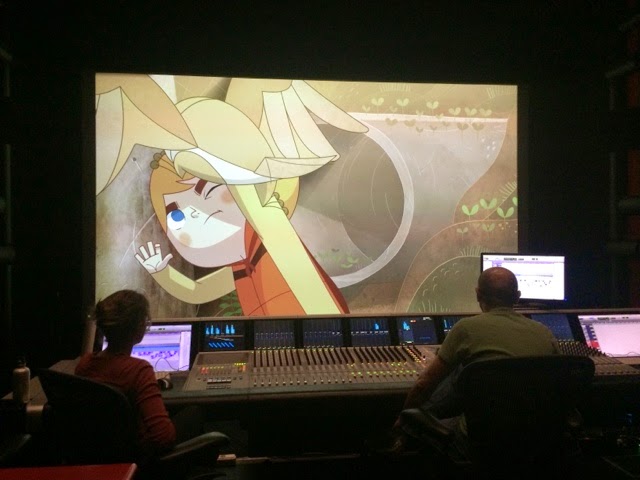 A big day today we screened the whole movie for a group of people including Bruno Coulais and Eric Beckmann of Gkids kids before beginning the final mix. Pretty stressful but thankfully everyone liked it ! Then we did the final
Mix of reels 1 and 2 ... It's nearly the end.. Hard to believe .
Here's the view from
My hotel tonight and few snaps of Marie and Ben at work at the mixing desk. 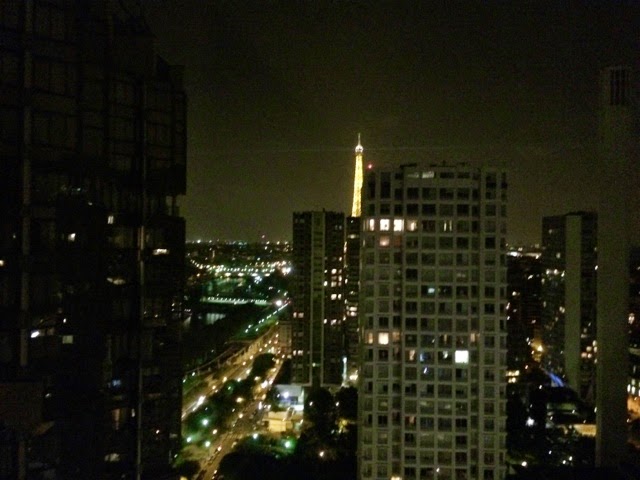