Two films that really influenced Song of the Sea are "My Neighbour Totoro" and "Into the West".

When Will Collins and I were developing the script and story we always wanted a quiet moment in the rain ,where we took a little breather for a minute.

Those moments are what I love most about Hayao Miyazakis work.

For a long time we had the kids shelter under a dolmen in a  homage to the bit in Totoro where the little girls shelter from the rain in a Shinto shrine.
Those little insights to Japanese culture give such a depth to the setting and the world the film is set in, even if they are not explained or referred to in the context of the story.

As the story evolved we hit on the idea of this "shelter" actually being a gateway to another world , hidden from the mundane everyday we live in.

I have always been fascinated by HolyWells, where people come to pray and often leave totems or "offerings" of the person they are praying for.
This strangely public remnant of someones deepest concerns is often quite touching when you visit one especially if its a photo or personal effect of some sort from a long time ago.
I find my self wondering if the person who made the prayer found comfort or if their loved one ever recovered.

There are often Rag Trees near Holy Wells too - where someone who wants a loved one be healed in some way will tie a piece of their clothing to the tree with the belief that when the rag rots away the illness will be cured.

Often these places have an ancient significance that  early Irish Christainity merely appropriated .

The link with water and our own childhood memories of being taken to pray at these special places made us decide to change the "gateway" from a  dolmen to a Holywell.


Here are some storyboards by Julien Regnard and concepts by Adrien Merigeau for the Holy Well seq. which we are currently working on . 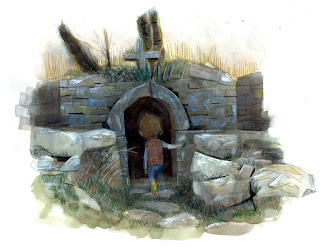 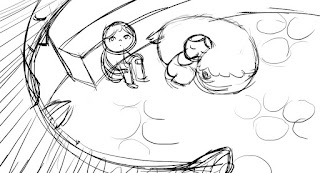 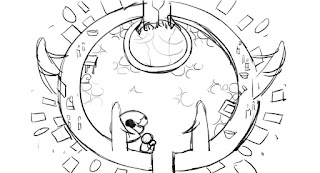 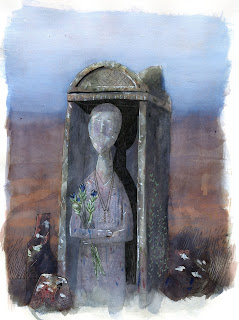 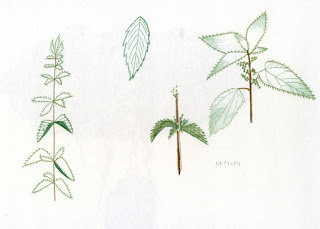 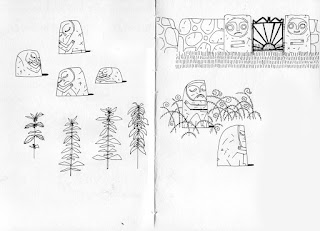 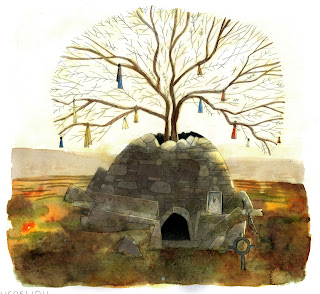 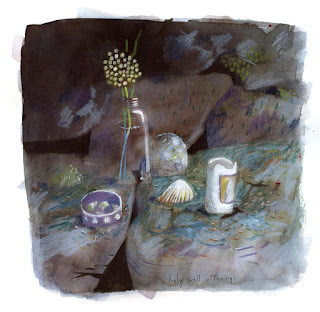 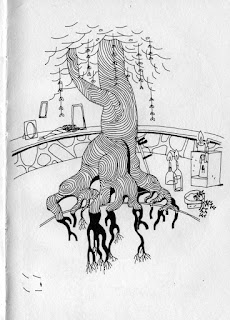 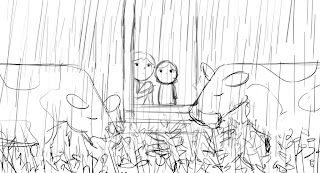