Its been too long since my last update , things have been moving very quickly and we have been busy on several fronts.
Im just back from Digital Graphics in Belgium . Adrien and I try to visit twice a month now as we near the last stages of ink and paint and compositing .
Its all shaping up nicely but the pressure is on due to the deadline and budget constraints.
Heres a nice pic of a stormy sea scene Damien composited - 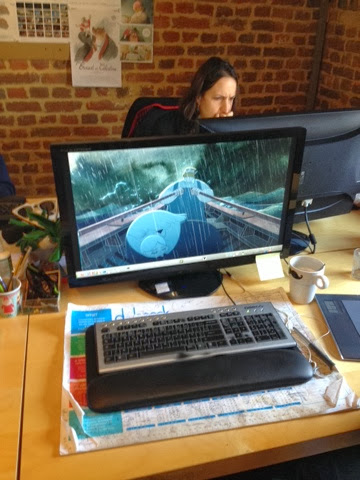 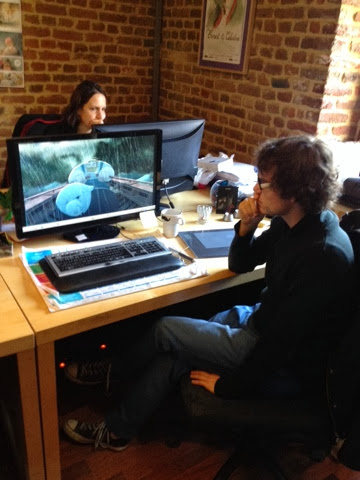 "one down 100s to go "as Serge said.
Damien and Celine are in the photo - both of whom are old friends from the Secret of Kells its great to work with them again.
In the background you can see the poster for another recent project they worked on - Ernest and Celestine , a beautiful film that just won 3 awards at the Magritte film awards cermony and is nominated for an academy award next month in LA.
I started the week here in Celbridge in Ireland with Bruno Coulais , Lisa Hannigan and Kila who are busy working on the songs and music.
We also had little Lucey O'Connell here too recording the singing voice of Saoirse.
Our editor Darragh Byrne took some lovely photos. 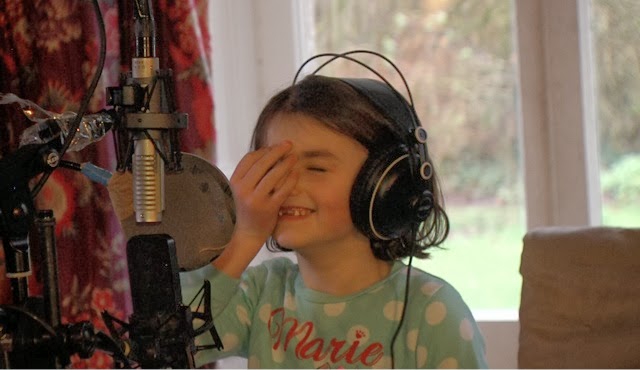 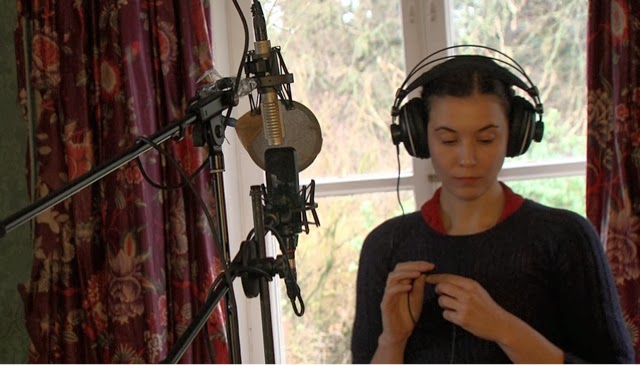 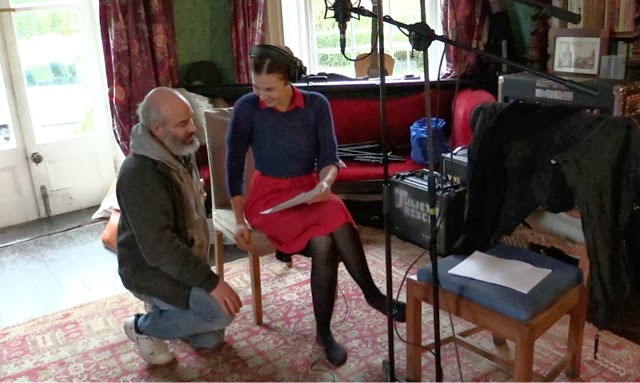 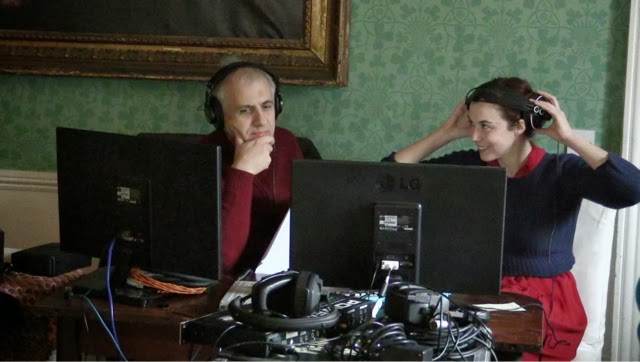 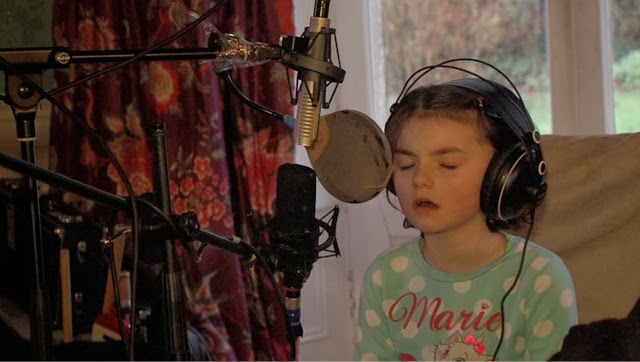 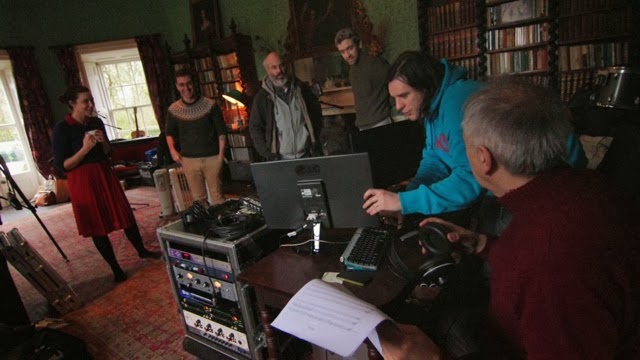 Colm was there on Monday and the rest of Kila arrived on tuesday and began recording the traditional instruments - i left for belgium just as they were getting started so i look forward to hearing what they have come up with tommorow.
They have been joined by French cellist Jean-Philippe Audin . We just had a chat and amazingly he studied music with ( our art director ) Adrien 's mum many moons ago.
Its a small world sometimes.
I leave you with a sketch I made of Ronan from Kila on Tuesday morning and a promise to update again very soon- theres announcments happening in Berlin this week that I'm
excited to share so stay tuned... 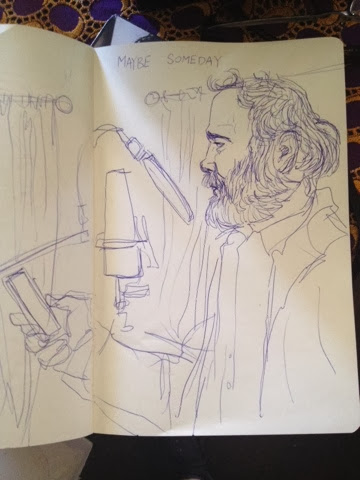