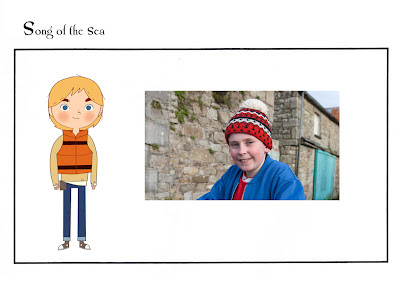 With the biggest part in the movie being a 10 year old boy it was crucial to find the right voice.
We auditioned several talented young actors , and settled on David Rawle.
David recently starred in the Sky Tv series " Mooneboy"which Cartoon Saloon provided animated segments for and we  were very impressed with his performance, especially his comic timing.
We are really lucky to be working with this in demand young actor , we even had to delay the first records since Mooneboy has already gone to a second season! 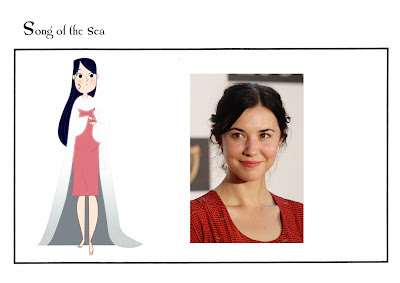 As this is a small but crucial part that requires both singing as well as acting we were especially lucky to be able to cast Lisa Hannigan in this role. She is one of my favourite singers and currently making waves internationally so its really exciting to have her involved. 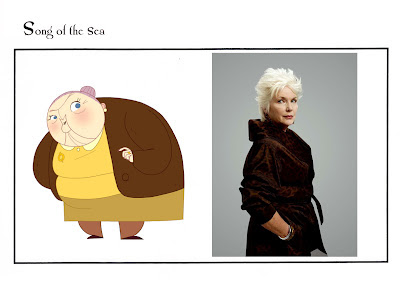 Fionnula Flanagan was someone we identified very early on as a potential voice for Granny and another important character in the film. Will and I were lucky enough to have lunch with her while we were out in LA around the time of the 2010 Oscars. She agreed back then to play both parts and was even kind enough to invite us and our families to her house for tea ! I'm really looking forward to finally recording the part after such a long wait. 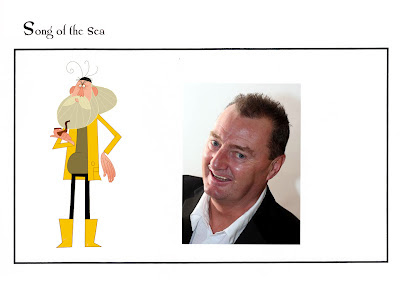 Jon Kenny is playing both Ferry Dan and another important character in the film. We are all huge fans of Jon since our college days when "D'Unbelievables" first hit the scene.
Jon is not just a funny guy but also a great actor and musician so he's really perfect for the part.
He played the part of the storyteller in Tod Polsons short "The Gingerbread Man" and once I saw that I realised he has a perfect voice for animation.
He also played the part of (Cartoon Saloon Producer) Paul Young in that short film so he is practically already a Salooner ! :)


Not all the parts are shown here and we still have auditions this week for the part of Saoirse , but the recording starts in two weeks so we are finalising the dialogue and songs and scrabbling to finish up the revisions on the boards for the first recordings.

I'm nervous of course but past experience has shown me that when you have such seasoned and talented actors its an enjoyable and fascinating process to record the voices.

Until now we have been working with scratch voices by my talented partners in crime Nora Twomey and Paul Young - both pretty impressive actors in their own right as well as artists and everything else.

Nora will be voice directing with me and I'm glad we have Kairen Wailloch helping with the casting and the voice record co-ordination, its the same team from The Secret of Kells - hard to believe that record took place 6 years ago now!

In just a month or two we will have a much clearer feeling for how our characters will perform and sound and can begin testing lip sync and so on with the final actors voices.
Posted by tomm at 1:38 PM